The dust has seemed to have settled a bit in the past couple of weeks after the outpouring of media attention received by Liko Smith.  Prior to the community get together at Red Ginger in Traverse City to inform the general public on the plan for Sugar Loaf, I had an opportunity to catch up with Liko for a brief phone interview.

Aside from trading a number of emails, this was the first phone conversation we have had to discuss Liko’s past and the future of the dilapidated resort in Cedar, MI.  At the time of the interview, Liko seemed to be moving at a pace of 90 mph – things were going about as well as they could go, with the anticipation of having a number of items straightened out in 1-2 weeks.  The final layouts of the ski hill were being drafted in order to get a sense of what it really would take to get it done, and details of the hotel and grounds were being finalized. 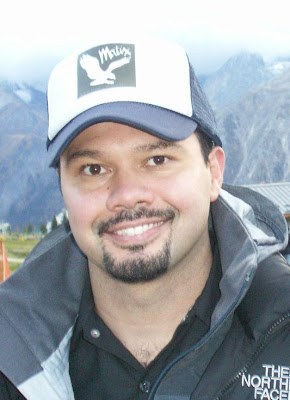 Liko’s objective for the 2010/2011 season is simple.  Get the resort open, while keeping in mind that you are not going to please everybody, all the time, but hopes he can provide a number of jobs for the great deal of unemployed in the area.

Now moving into the details of our conversation, I was ready to clear up some of the speculations surrounding Liko Smith’s past, or at least hear it straight from the horse’s mouth.  Approaching the subject like any good investigative journalist would, I had a series of leading questions that I wanted to ask and somehow get to the bottom of this.  When in all reality, I was quite frank, got to the point and asked the questions I was here to answer.

What brings a west coast guy & his wife on a vacation to Northern Michigan in March?  Speculations say you were not on vacation at all, you were looking for a deal?
Smith was decent enough to come right out and answer this, providing a fair analogy to go with it.  Liko states ‘5 years ago, you would have seen 100+ hotel developers in the U.S., now let’s say there are only 22.  There is a very small amount of people moving and shaking on deals right now and anybody who is anybody knows the individuals involved on the deals because they are all vying for the same ones.’  After looking at a few investment properties in Detroit, Liko states, him and his wife vacationed in Northern Michigan for a couple of days afterward.

Perhaps Remo Poselli had a hand in this?
Liko doesn’t deny that he knows Remo – in fact he admits to meeting him about 3 years ago, but stands firm that Remo Poselli doesn’t have a hand or a single penny in this investment.

You’re preselling lift tickets already to a resort that’s not yours yet (at the time).  How’s this going for you and do you anticipate a number of people are willing to buy just on good faith, does good faith really go that far?
A good question, for which Liko stated previously in our conversation that the main objective is to focus on getting the resort open, period.  Currently Liko is the buyer for the property and he isn’t exactly making money on that aspect currently.  By selling the tickets and the invites to the event, Liko was looking for community support, looking for those individuals as he put it ‘that were willing to fight to get this open along side him.’

You obviously have a lot riding on this venture, investment, citizens in Northern Michigan – what’s the plan to win over locals who are taking the wait and see approach, especially those skeptical of your past.  Allogations of grand theft, embezzlement and the TOT charges – thoughts or comments on these?
I thought for sure this question would end the conversation right there, but Liko did answer by stating ‘the TOT charges have been settled’ and that was ‘behind him and he was ready to move forward’.  All he asked of the community was that they too put it in the past and help reopen Sugar Loaf.

Liko continued on to say that there were ‘real investors looking at Sugar Loaf and walking away from it.’  Individuals have asked Liko, why take this on, why deal with the headaches?  Currently you’re the only buyer coming to the table and odds are, in a year from now, you will still be the only buyer.  Smith’s response is frank – ‘nobody has the cojones to make this happen and he is willing to make it happen.’

There were some additional questions that I asked Liko however, I am not at liberty to include those, nor was Liko interested in having them included in on the conversation.

After our interview, some of the details were released regarding the future of Sugar Loaf resort at the event at Red Ginger and in a news release shortly after: 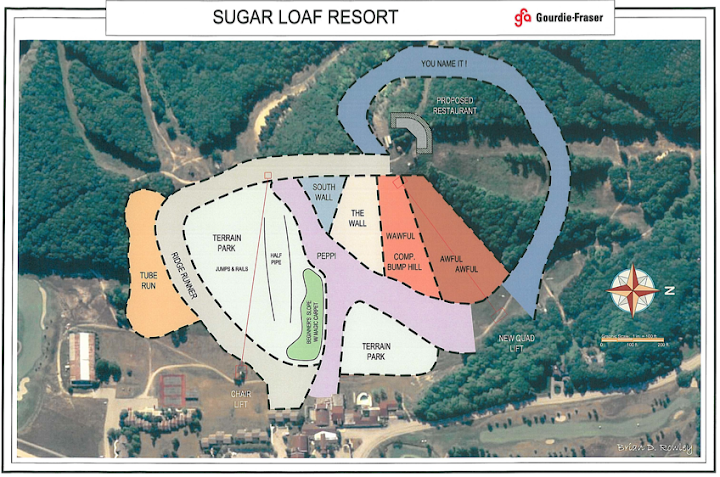 The newer side – Perfect for wedding/golf/ski/winery/national park/packages
100 chic rooms
New Wedding Space in arbor room
Bottom section, Dining Hall, Bar, Gift Shop, (Hoffbrau Haus design) featuring all LC Beers.
Small lobby bar will become a wine and espresso bar featuring all LC wines.
Cafe area after the bar (to the left) will be a Starbucks Cafe, all rooms and restaurants will serve starbucks coffee on the left side.
Each floor of the four floors will have a movie viewing room/meeting room.
All rooms will have DVD Players, Cofee makers, Ipod ready TV’s.\
Four Seasons will be restored to it’s original design (but better).
I’d like to bring back the Bavarian Village Gift Shop and we wil have displays along the corridor of figures that were famous in Sugar Loafs Development (Hans Teichner, Dan Urban, Mark Fisher, etc. etc.) along with memorabila along the glass hallway. A new Health Club ($5 to $10 ) per month for LC residents)
The older side – Perfect for the new trend of youth camps hitting Europe, edgy, trendy, communal and hi-tech
Leads to “Wallys’ apre ski bar
Leads- 50 sponsored rooms, (see attached) dorm style; all metallic bunk beds, 60″ plasmas, 500 watt surround sound systems, all rooms equiped with X BOX connected to all rooms.
1,200 sq. ft. X BOX lounge called “Chillax” sister of Timbuktu Internet Cafe in Auburn HIlls (call Sean Smith if you want info, owner).
Courtyard near pool area will be converted to “Outside Lounge, Several Fire pits, outside bar, meandering walkways to the hill.
Seattle Best Cafe, Seattles best coffee in all the rooms.

Unfortunately my time was pretty limited with Liko, so what’s your thoughts?  Does he seem honest, overly optimistic, are you behind the concept, what would you like to know?